Flowers single or in small clusters from the leaf axils, each with 5 large sepals and 5 yellow to yellow-orange petals that are 1 - 2.5 cm wide when open. The filaments united to form a central column as in the mallows (as (e) in Figure 116C). The fruit from each flower is a circular cluster of 12 to 15 seedpods about 1 - 2.5 cm long (B) at first green but turning dark brown to black at maturity. Each individual pod (a) opening with a vertical slit down its back and containing several purplish-brown "V-shaped" seeds about 1mm thick and 2-3 mm long. Flowers from late July until Autumn.

A fibrous root system with a shallow taproot

Velvetleaf occurs most commonly in southern Ontario where it is found mainly in corn, soybean and other annually tilled crops.

It is distinguished by its erect habit of growth, large alternate, valentine-shaped leaves which are soft velvety to the touch, its yellow to yellow-orange flowers, each with a central column of stamens, its ring of several seedpods (B) produced from each flower, and in late autumn by the rather grotesque appearance of its erect, branched, brownish to blackish stem with many erect clusters of seedpods.

Velvetleaf is not known to be toxic.

Velvetleaf is not a known allergen.

Currently None Available for this weed. For the latest research on biological weed control: http://res2.agr.ca/Lethbridge/weedbio/index_e.htm#toc

Currently None Available for this weed.

No documented cases of herbicide resistance to date. For more information on weed resistance: http://www.plant.uoguelph.ca/resistant-weeds/ 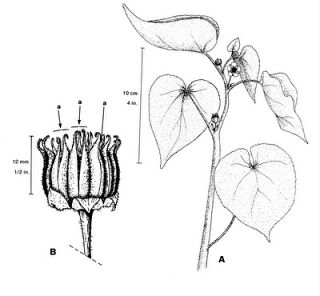 Velvetleaf: A. Upper part of flowering stem. B. Cluster of seedpods. 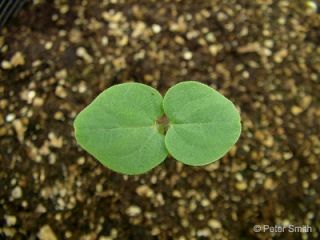 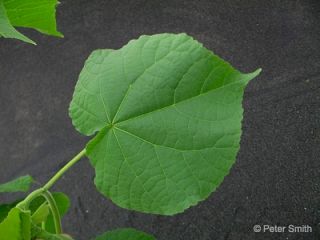 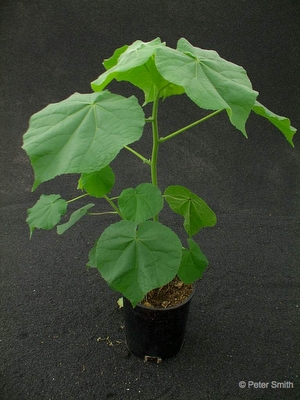 Velvetleaf plant prior to flowering. 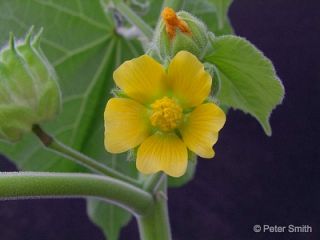 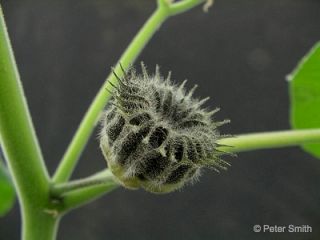 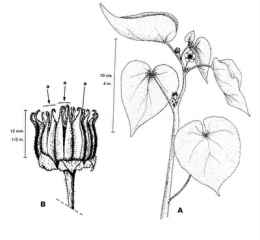