FIRST YEAR PLANTS: First leaves in a basal rosette, becoming large (up to 50cm long and 30cm wide), with heart-shaped base, coarse and resembling a clump of cultivated rhubarb. The undersides of the leaf blades are white woolly and the stout leafstalks are hollow. SECOND YEAR PLANTS: The lower leaves on the stem of second-year plants similar to basal leaves, smaller, alternate (1 per node. The middle and upper leaves gradually smaller with shorter, slender stalks and the blade tending to be less heart-shaped and more pointed towards both ends, especially among the flower heads.

Flower heads globular, numerous, borne singly on short stalks or in small clusters at ends of branches and from axils of leaves. Each head is about 2cm in diameter and densely covered with purplish, hooked bristles. Ray florets are absent; disk florets purple or occasionally white and closely packed in the centre of the head. At maturity the head or bur (hence the common name "burdock") easily breaks off its stalk and clings to clothing and animal fur, gradually scattering the brownish angular seeds, each about 6mm long. Flowers from July to September.

Common burdock occurs throughout Ontario in waste places, pastures, open woods, roadsides, fencerows and barnyards. In cultivated fields, common burdock will generally persist along the field headlands but has been known to creep into the middle of a field, particularly when minimum or "no-till" cropping systems are practiced. 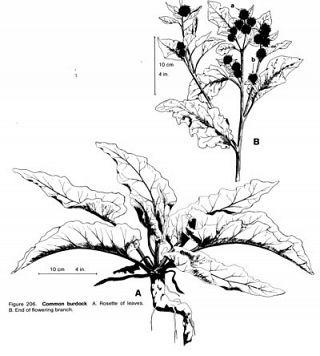 A. Rosette of leaves B. End of flowering branch 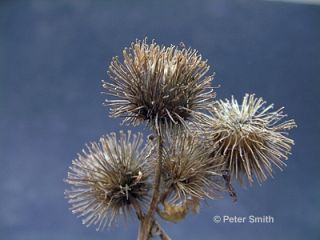 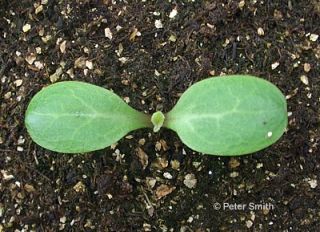 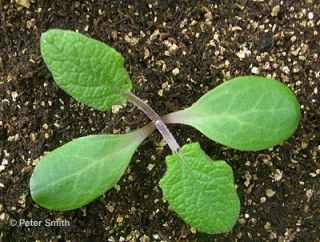 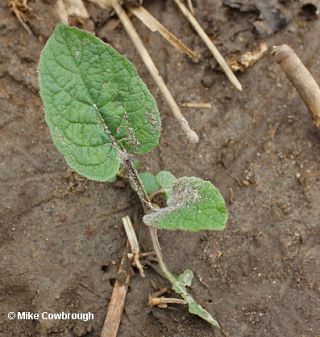 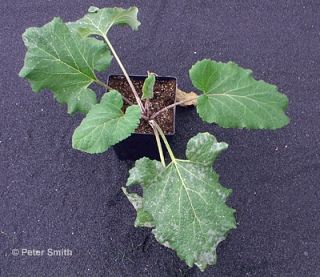 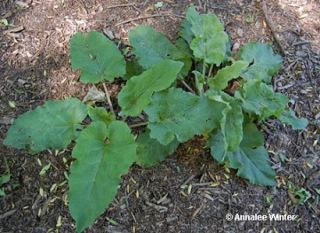 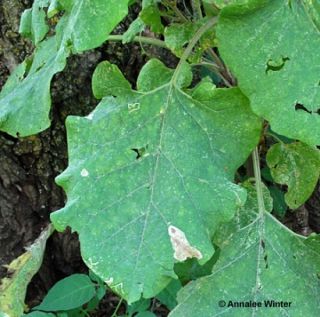 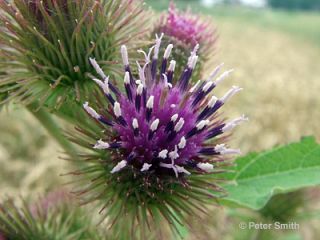 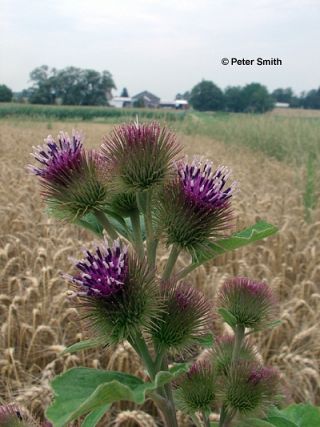 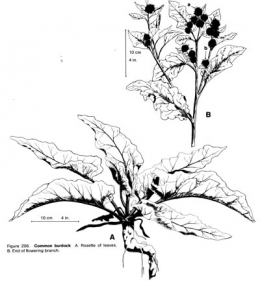