Prostrate or nearly erect; at least the first 6 leaves opposite (2 per node), but usually alternate (1 per node) towards the ends of stems and branches; branching pattern therefore opposite near the base and alternate farther from the base.

Leaves linear to narrowly lance-shaped and with 1 or 2 lateral lobes and sometimes with a few teeth along the margins above the lobes, green, somewhat fleshy, mostly 1-5cm long.

Flowers very small and unisexual; male flowers with only stamens and sepals (no pistil or petals); female flowers with only a single pistil (without stamens, petals or sepals) and enclosed between 2 green, triangular to broadly diamond-shaped bracts about 1-4mm long and wide, and 2 to 5 of these usually clustered together in the axils of smaller leaves along nearly all the stems and branches; both sexes on one plant. Flowers from July to September.

Spreading atriplex is a native plant in both saline and non-saline moist soils throughout Ontario but frequently occurs as a weed in gardens, waste areas, and row crops in the southern part of the province.

It is distinguished from Halbred-leaved atriplex by usually being prostrate, and by its narrower leaves without lobes or teeth and its wider leaves having a pair of lobes near the base that point outwards and upwards. It is distinguished from Lamb's-quarters by its several pairs of opposite leaves and branches, and its triangular to diamond-shaped bracts enclosing each flower. 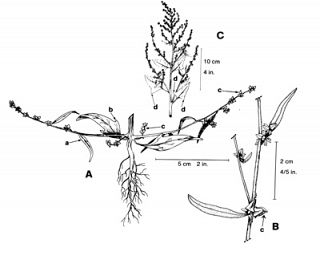 Spreading atriplex A = Base of plant. B = Portion of flowering stem showing detail of triangular bracts enclosing each flower. 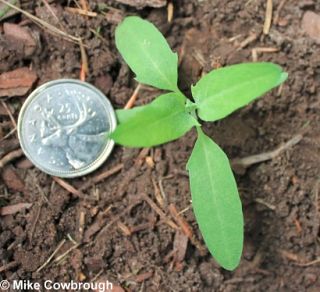 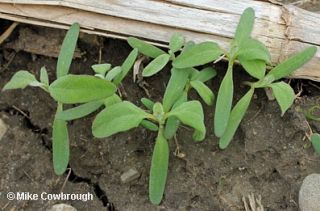 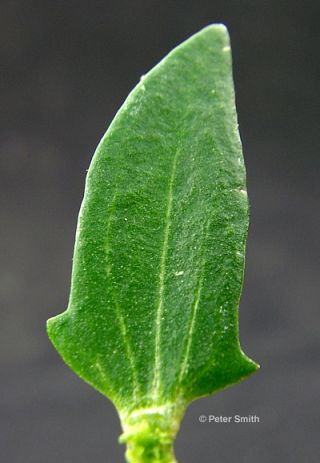 Spreading atriplex leaf. Note the two lateral lobes at the base of the leaf. 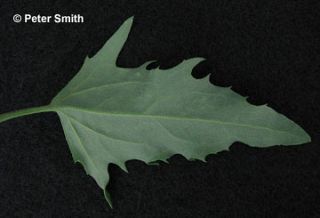 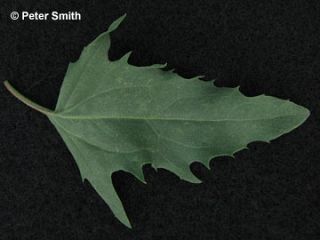 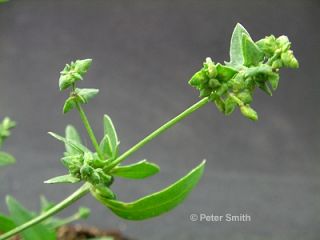 Spreading atriplex in flower. Note the triangular to diamond-shaped bracts. 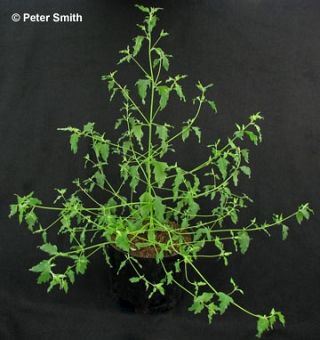 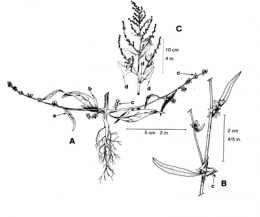