Biennial or occasionally annual and sometime a short-lived perennial.

First-year plant usually rosette of stalked, very finely dissected (lacy), hairy leaves virtually identical in appearance and smell to leaves of the cultivated carrot. Bases of leafstalks broad and flat; stem produced in the second year on biennial plants, erect, to 1m tall, branching, grooved, rough-hairy or bristly; stem leaves similar to basal leaves but smaller and on shorter stalks; base of leafstalk broadened and more or less circling the stem at each node.

Flowers white in compound umbels (large umbels made up of many smaller umbels) at tips of stem and branches; a whorl of several 3- to 5-branched bracts at the base of each compound umbel; most flowers white or occasionally pinkish, but the single flower arising from the centre of the compound umbel is often dark purple; after flowering the umbel closes, forming what is commonly called a "bird's-nest"; fruits ("seeds") grayish to brownish with several rows of spines by which they cling to clothing and animal fur. Flowers from June to September.

Wild carrot occurs throughout most of Ontario in old pastures, waste places, roadsides, meadows and occasionally as a weed in gardens and flower borders. The cultivated carrot was developed from Wild carrot, which has a coarse, woody, fibrous, unpalatable taproot, by selecting strains having soft juicy edible roots.

It is distinguished by its finely divided leaves, its erect, hairy stem, its white to pinkish compound umbels surrounded at their bases by whorls of slender 3- to 5-branched bracts, its bird's-nest cluster of fruits and its typical carrot odour (stems, leaves and root), and a coarse, fibrous, unpalatable root. Seedlings emerge during spring and early summer, with 2 long, narrow, thin cotyledons (seed leaves); first true leaf is compound with 3 main divisions; later leaves compound with many divisions. Stems, leaves and root have the familiar carrot odour 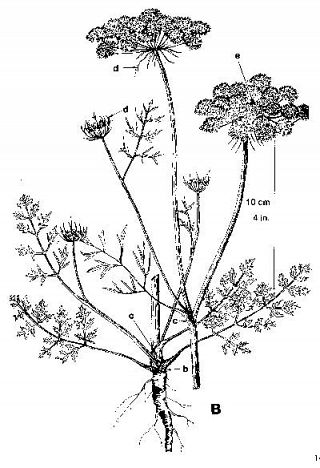 B. Base and upper part of flowering plant. 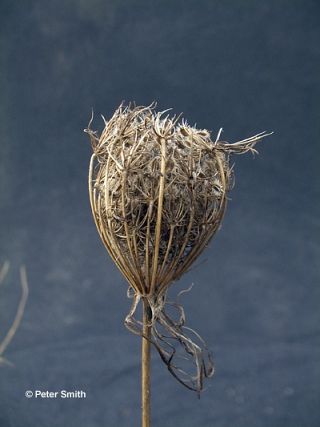 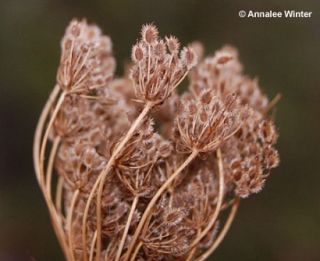 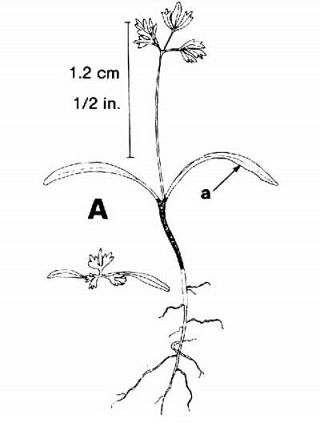 A. Seedling, top and side views. 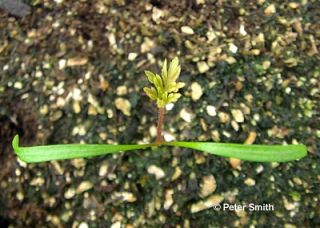 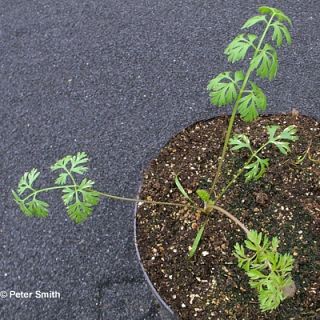 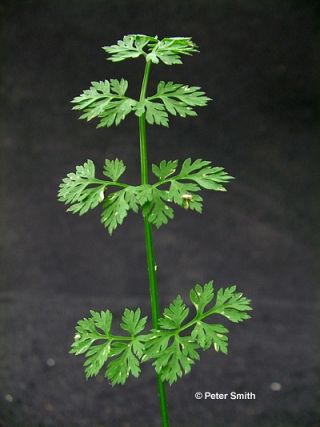 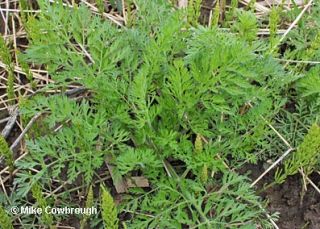 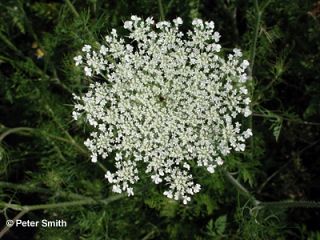 Close up of flower head showing the white umbels surrounding the purple umbels in the centre. 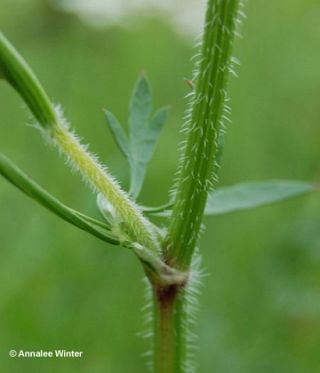 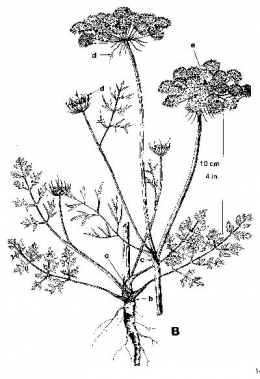