Never has flowers or seeds but reproduces by spores and by horizontal underground stems (rhizomes).

They send up numerous aboveground shoots but of two different types at different times of the year. In early spring, the shoots are ashy-gray to light brown, unbranched, hollow, jointed stems each node (joint) surroundÂ¬ed by a toothed (b) sheath (a); and the tip of stem endÂ¬ing in a brownish, spore-producing cone (c). After the cones have shed their spores (early May) these whitish to light brown stems wither and die down. At the same time, the second type of shoot emerges from the ground. These are green, slender, erect, hollow stems leafless but with whorls of 6 to 8 branches at nearly every node; each branch may branch again with whorls of smaller branches; stems and branches surrounded by a small, toothed sheath (d) at each node but never end in a spore-producing cone. Both kinds of stems are easily pulled apart at the nodes and can be fitted back together like sections of a stove pipe.

Never has flowers or seeds.

Underground stems (rhizomes) are dark brown or blackish, spread out for long distances and are often 1 m below the ground surface. They send up numerous aboveground shoots but of two different types at different times of the year.

Field horsetail occurs in all parts of Ontario in depressional areas with poorly drained soils, as well as in sandy or gravelly soils with good drainage such as railroad embankments and roadsides. An intense competitor, it can severely suppress crops and other plants.

It is distinguished by its ashy-gray, unbranched, leafless shoots tipped with brownish, spore-producing cones in early spring, and later, from late spring or early summer onwards, by its whorls of 6 to 8 green, leafless branches and complete absence of flowers.

Field horsetail contains a substance which destroys vitamin B in animals. It is especially poisonous to young horses.

The "Poisonous Plants of Canada" publication lists Field horsetail, however no reports of human toxicity issues are mentioned, rather only those pertaining to livestock. Tilford (1997) makes mention of young horsetail shoots being edible, however a lengthy warning of potential issues is followed (see section on species benefits for more information).

Hay containing this weed may be more poisonous than fresh plants in the field.

The young shoots of field horsetail are edible however, " The high silica content in field horsetail may iritate the urinary tract and kidneys if used improperly. It is well documented that this plant absorbs heavy metals and chemicals from the soil it lives in. Plants growing at roadside or in the presence of any type of pollution should be avoided. Avoid consumption of the raw plant because horsetail contains thiaminase, an enzyme that destroys vitamin B-1 stored in the body; thorough cooking renders the enzyme harmless." From: Tilford, GL, 1997, Edible and Medicinal Plants of the West, Mountain Press Publishing Company, Missoula.

Certainly a very difficult weed to control, however no cases of herbicide resistance in Canada have been documented. For more information on weed resistance: http://www.plant.uoguelph.ca/resistant-weeds/ 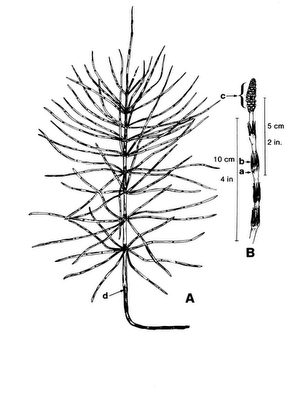 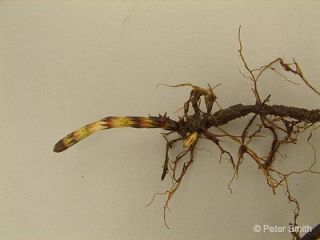 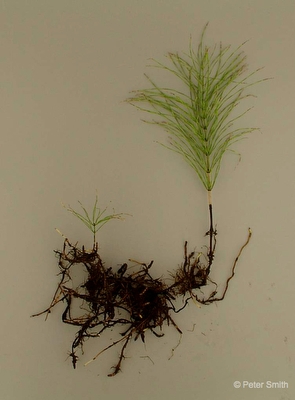 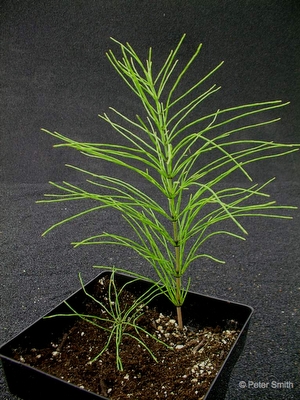 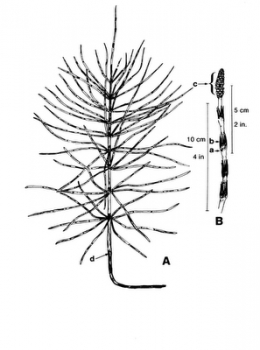