Seedlings (B) pale yellowish-green; all leaves opposite (2 per node), the first few pairs usually appearing as a rosette, or on an elongating stem (as in A) when partly shaded by other plants, softly hairy on both surfaces with longer hair on the edges of the leafstalks; margins of leaf blades somewhat wavy or wrinkled; middle and upper leaves stalkless, entire (without teeth), hairy, 2.5-10 cm long, lance-shaped to elliptic but tapering to a point.

Flowers white, large and showy, unisexual, all flowers on 1 plant with 5 united sepals, 5 deeply lobed petals and either male, having 10 stamens but no pistil, or female, having 1 pistil with 5 slender styles (c) but no stamens; sepals 5, united along their edges to form a tubular calyx with 5 short lobes at the tip; calyx cylindrical in male flowers, usually purplish-green and distinctly 10-veined lengthwise; calyx of female flowers (d) narrowly ovoid at first but becoming wide-ovoid to nearly spherical as the seedpod expands inside, green, with 5 very prominent lengthwise veins (e) lined up with the 5 pointed lobes (f) and usually 3 much fainter veins (g) between the pairs of prominent ones for a total of 20 veins; seedpods firm, 10-15 mm long, smooth and hairless but usually remaining surrounded by the calyx tube, opening by 10 short teeth (h) at the tip, releasing many small (1.2 mm across) kidney-shaped, grayish-orange, slightly rough seeds. Flowers and sets seed all summer.

White cockle is common in pastures, roadsides, waste areas, gardens and occasionally in cultivated fields throughout southern Ontario but is comparatively rare in the north and northwest.

It is distinguished from Purple cockle by its broader leaves and white or pinkish flowers with short calyx lobes; from Cow cockle, Bouncingbet and Bladder campion by its hairy leaves and stem; and from Night-flowering catchfly by its comparative lack of stickiness, biennial or short-lived perennial habit, unisexual flowers, seedpod with 5 styles (c), opening by 10 teeth (h), and the short lobes (f) and weakly branching veins on the calyx tube. 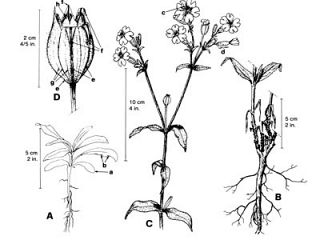 (A) Seedling with 3 pairs of true leaves. (B) Base of 2-year-old flowering plant. (C) Flowering stem of plant with female flowers. (D) Seedpod with 10 teeth. 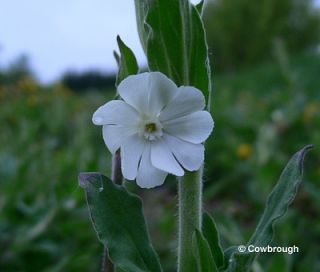 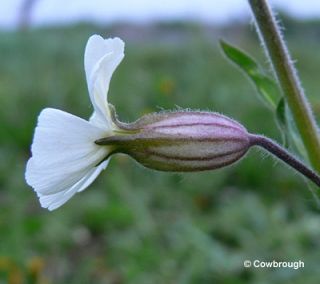 Calyx of white cockle, flowering in Central Ontario in June. 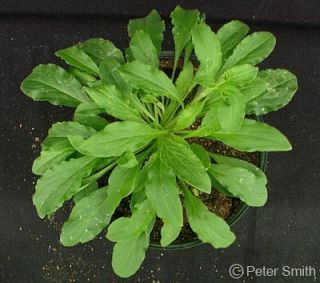 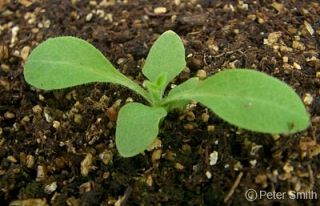 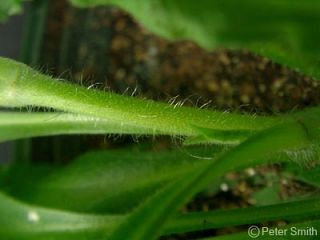 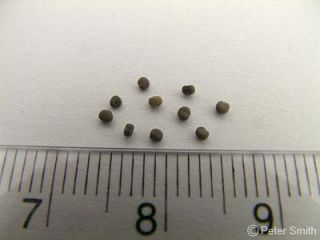 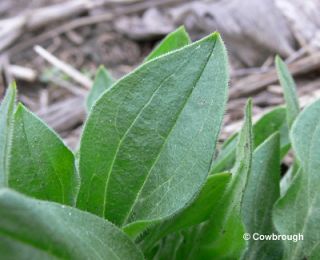 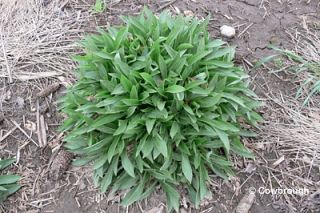 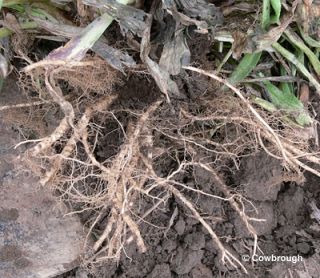 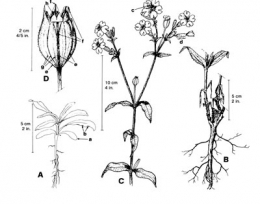