Reproducing by seed and by very short underground rhizomes.

Leaves are opposite (2 per node) on different sides of the square stem at successive nodes. Each leaf is heart shaped, longer than wide and densely covered with short, soft, white hairs, especially on the underside. Leaf margins are coarsely toothed, with each tooth having rounded sides and a blunt point; petioles about half as long as leaf blades.

Flowers are dull white in dense, whorled clusters in axils of leaves near the end of stems and branches. The calyx is short, tubular with 5 united sepals forming a short tube with 15 parallel veins and ending in 5 narrow, sharply pointed soft teeth. The corolla is dull white with purplish dots, formed with 5 united petals about 10-12 mm long and 6 mm wide, irregular, trumpet-shaped but 2-lipped at the end, the upper lip with 2 lobes and the lower lip with 3 lobes. Each flower produces a cluster of 4 seeds which are smooth, reddish-brown with 2 white spots at the lower end.

Catnip was widely cultivated throughout Ontario and has escaped from cultivation in all parts of the province so it now occurs in open forests, meadows, pastures, waste places, roadsides, around buildings and in gardens. Flowers from July to September.

Square stems, erect habit, gray-green due to a dense covering of fine white hair. All parts of the plant have a characteristic odour resembling mint.

Black and white drawing of catnip. 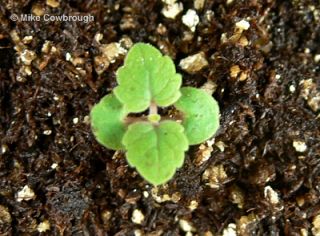 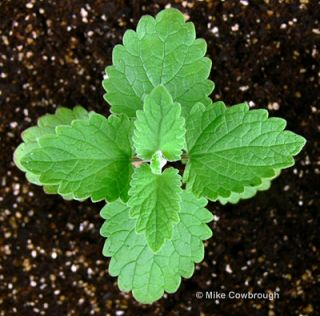 Catnip plant prior to flowering. 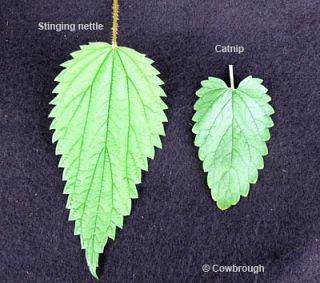 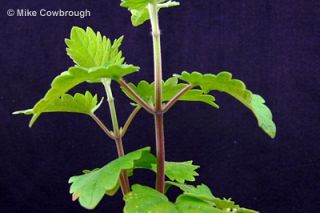 The square stem of catnip with opposite leaf orientation. 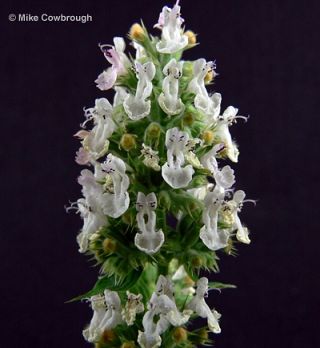