Stems (Fig 8) produced from taproot, erect, usually 1-2m high but up to 3m high, smooth and hairless, pinkish to bright red, dying down to the ground each year.

Leaves (Fig 4,5) alternate (1 per node), the lower quite large, up to 30-50cm long and about 1/3 as wide, upper leaves shorter and smaller and with shorter leafstalks; all leaves usually dark green above, lighter green to pinkish-green below and with prominent pinkish veins.

Flowers (Fig 6) greenish-white to pinkish in slender racemes at the ends of the main stem and branches. There are no petals, 5 petal-like sepals (a), 5 to 30 stamens but usually only 10, and a ring of 10 pistils in the centre; at maturity these form a flat, ring- ring-shaped, juicy, purplish berry with 4 to 10 (usually about 6) sections (b), each with 1 large hard seed. The whole plant, but especially the ripe berries, has an intense purplish-red juice that was used for dyeing. Flowers from June to October.

Thick perennial taproot, as much as 10-15cm in diameter, very poisonous.

Pokeweed is a native plant which occurs in meadows, edges of woods and waste areas in the southwestern part of southern Ontario; elsewhere in the province it may persist in old gardens after having been cultivated for the young leafy sprouts which are used as a green vegetable if properly cooked and re-cooked, with the cooking water discarded 3 times.

The soft, smooth, fleshy texture of leaves and young stems (Fig 2,3) and the absence of an ocrea at the base of each leaf distinguish Pokeweed from Lamb's-quarters, Pigweeds and the Docks, respectively, with which it might be confused. The flat, juicy, 4 -10-seeded purplish berries arranged in a spike at the ends of smooth stems and branches distinguish it from wild blackberries and raspberries.

Pokeweed can be toxic to humans and livestock. Toxins are concentrated in the berries, seeds and roots. The plant is poisonous to livestock.

Pokeweed leaves can be edible, although this is often advised against. There have been reports of people consuming the leaves after first boiling them three times and discarding the water after each boiling. Historically, native peoples have used berries to make a red ink or dye. Armstrong, Wayne. Pokeweed: An Interesting American Vegetable. Retrieved on 2008-06-23. 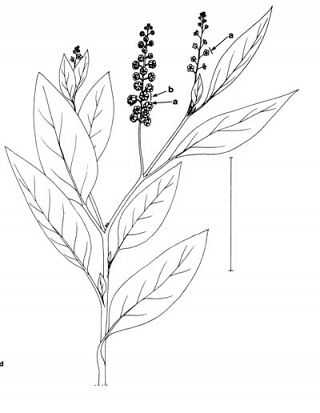 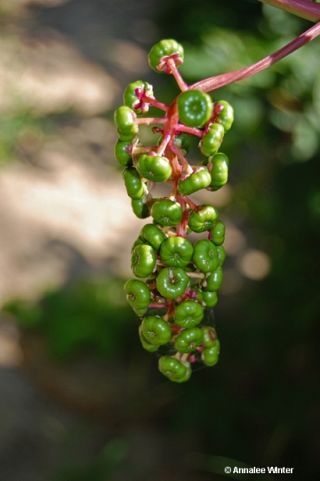 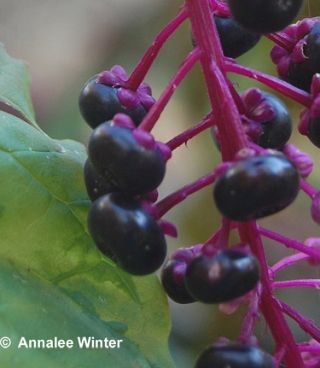 Close up of pokeweed berries. 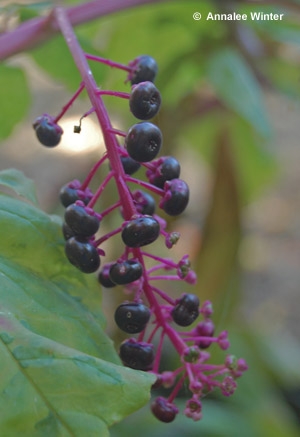 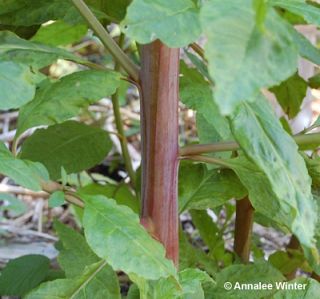 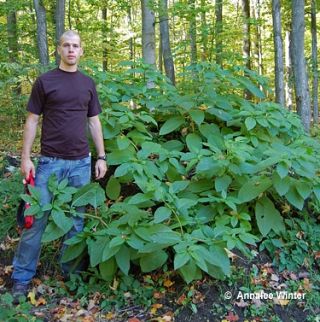 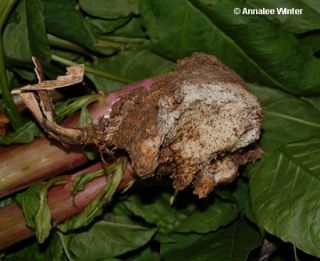 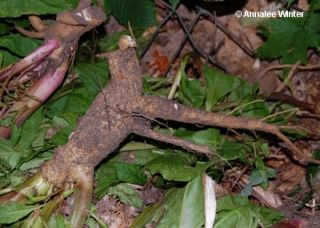 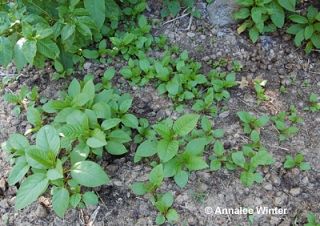 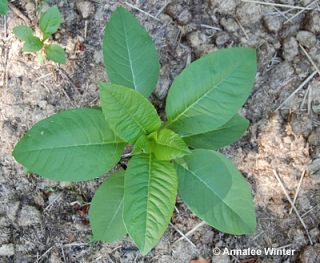 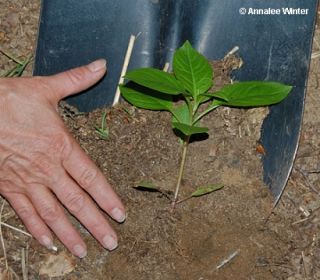 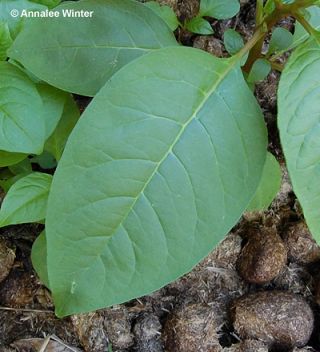 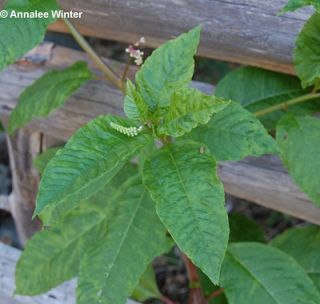 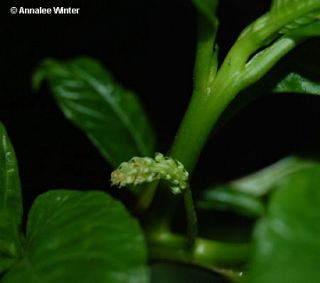 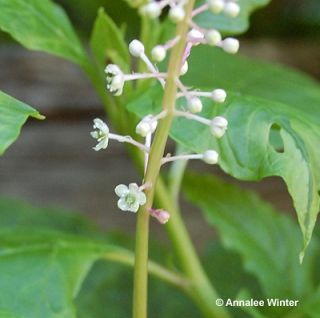 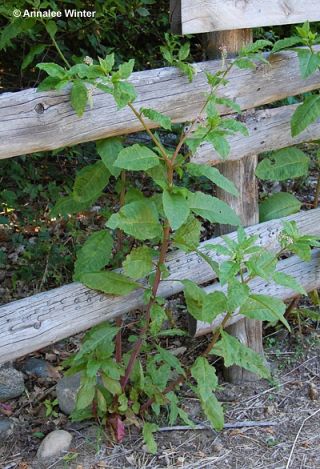 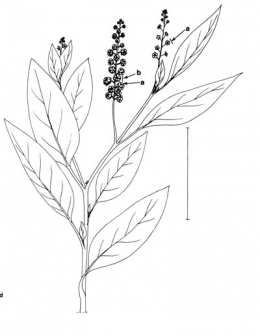