First year plant has no stems but just a rosette of large, gray woolly leaves. Second year plant has tall erect stems. Stem 1-2m high, stout, unbranched or with 1 or 2 branches near the top, somewhat winged by edges of leaves which run down the stem below their nodes. The stems are densely woolly.

Flowers in a very dense, compact, elongated, thick spike. Five petals, yellow, united into a saucer-shaped corolla 12-20mm wide with 5 lobes. Stamens with 3 small anthers and 2 long ones. Seedpods are nearly spherical, about 1cm in diameter but obscured by the mass of woolly bracts and sepals. Seeds brownish, very small, about 0.7mm long. Flowers from early July to September.

Common mullein is widespread throughout southern Ontario but rather rare in the northern part of the province, occurring usually in dry sandy or gravelly soils, along roadsides, waste places and poor pastures.

It is distinguished by its densely white or gray woolly leaves during the first year, almost resembling white felt insoles, its stiffly erect stem in the second year, tipped with yellow flowers (hence one local name, "Candelabra"), its leaf margins continuing down the stem as narrow wings, its very dense, thick, woolly spike with yellowish flowers and nearly spherical seedpods and its erect, dry, brownish stalks which may remain standing for one or two years. 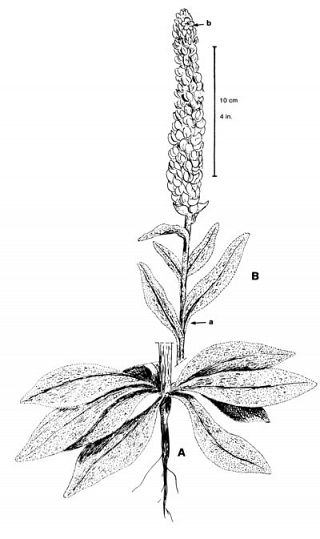 Common mullein. A. Rosette of basal leaves. B. Top of flowering stem. 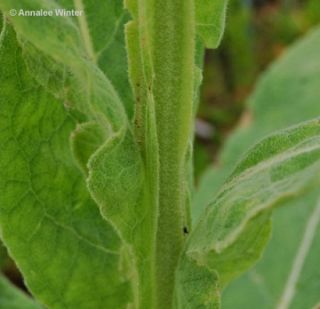 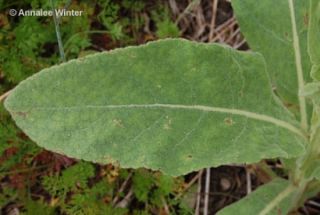 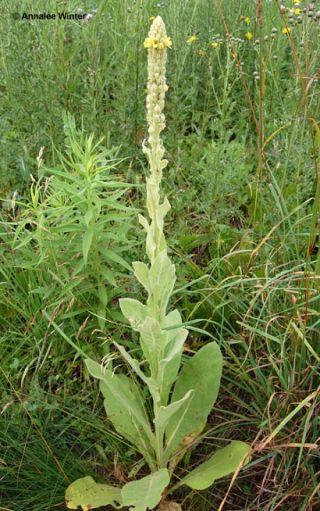 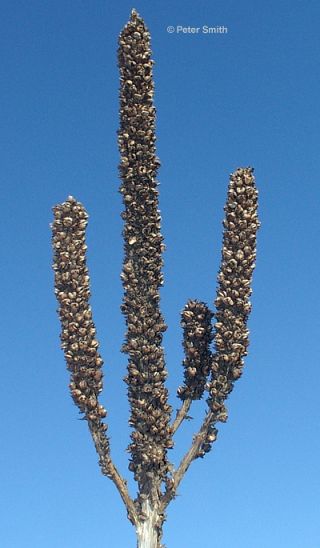 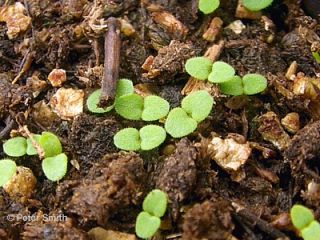 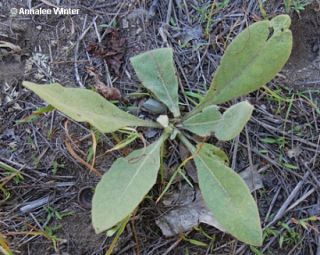 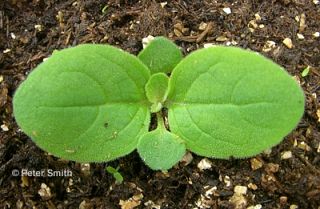 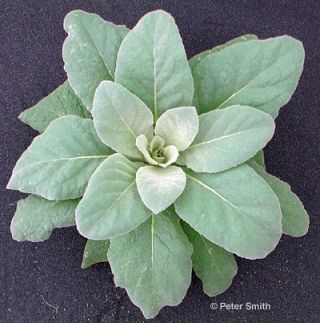 Seedling common mullein prior to bolting. 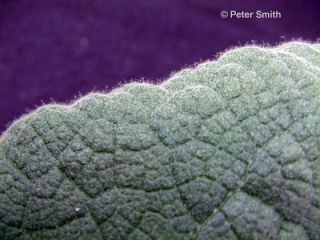 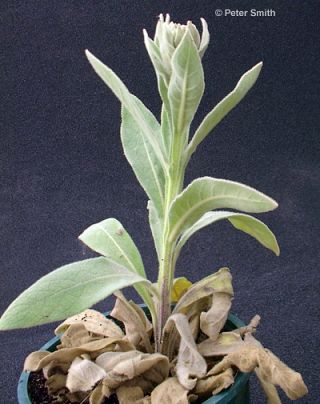 Common mullein bolting and prior to flowering. 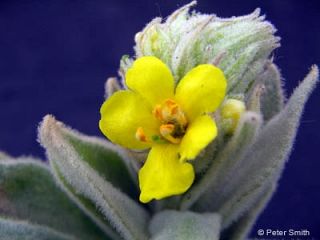 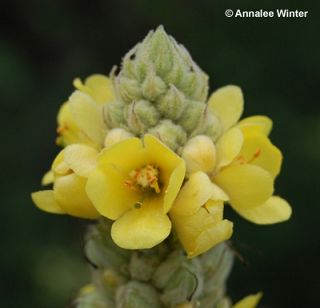 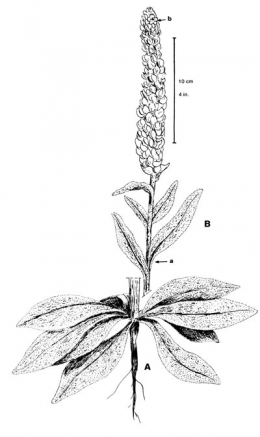