Reproducing by seed and by bulblets.

Slender stems, 30-100 cm high, hollow except at nodes, round, basal propotion not swollen but usually with alternate slender partitions and narrow cavities as in Spotted water-hemlock.

Basal and lower stem leaves alternate (1 per node), 2 to 3 times compound, each leaf divided into 3 or more parts (a), with each of these parts divided again (b) and sometimes redivided a third time (c), but the leaflets very slender and appearing almost like thin branches (B); upper leaves less divided, and those of the true branches (d) not divided at all (e), bearing their axils (angle between leaf and stem) clusters of small bulblets (f).

Flowers individually very small, arranged in small compound umbels (g) at the ends of the main stem and a few branches, sometime the white flowers interspersed with small bulblets similar to those in the axils of leaves. Flowers from July until autumn.

Main roots somewhat thickened and fleshy or slender and cord-like.

It is a native plant which occurs throughout Ontario in wet habitats similar to those where Spotted water-hemlock is found.

It is distinguished by its variation in leaf complexity: those on the lower stem have many slender leaflets, those on the middler and upper stems have fewer leaflets and those on the uppermost branches are simple (neither compound nor divided); by the tiny bulblets in the axils of the simple leaves, and by its small, compound umbels that usually contain a mixture of flowers and bulblets.

Bulbous water-hemlock is poisonous to both livestock and human beings. Considerable care must be exercised when allowing livestock to pasture in areas where this native plant grows or when collecting wild plants for human consumption. 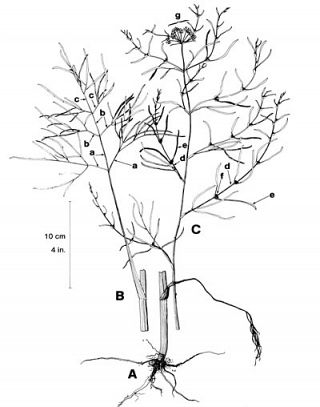 Bulbous water-hemlock. A. base of plant. D. Compound leaf from lower stem. C. Upper part of stem with slender, simple leaves and bulblets in their axils. 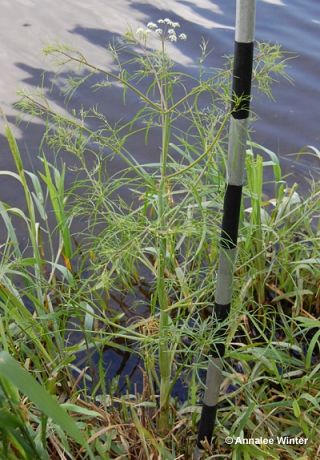 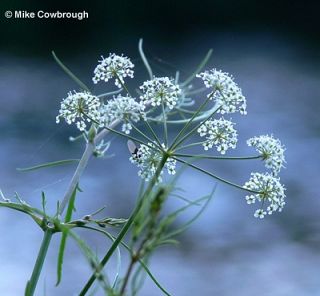 Upper part of plant with flowers and bulblets. 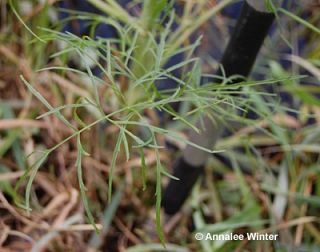 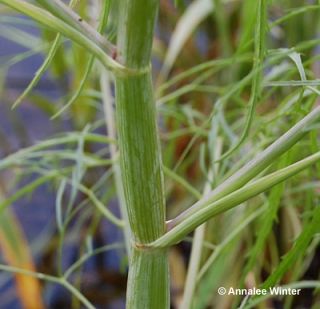 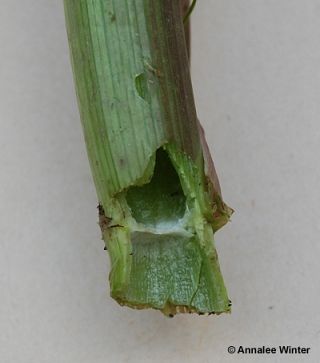 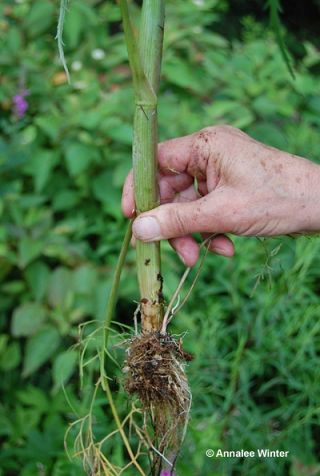 Root and stem of bulbous water-hemlock. 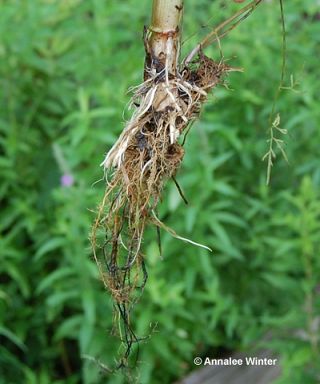 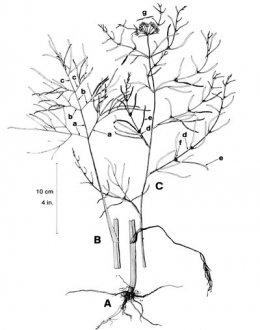