Seedling plant begins as a basal rosette with leaves being soft-hairy and bright green but becoming harsh on older leaves once the plant has bolted. Basal and lower stem leaves narrowly oval, rarely more than 1cm wide, tapering to a slender stalk, with a few, scattered, shallow teeth or without teeth; middle and upper leaves linear, very narrow and usually without teeth.

Flower heads 3-5mm across, very numerous on many short branches near the top of the main stem. Ray florets white but very short and usually concealed by the slightly longer involucral bracts around each flower head; disk florets yellowish; very fluffy at maturity. The leaves and other parts of the plant when crushed have a faint but distinctive odour reminiscent of carrots. Flowers from July to late autumn.

It is distinguished by its numerous, narrow, mostly toothless bright green leaves gradually decreasing in size from base to top of plant, its numerous, small, yellow-green flower heads lacking conspicuous ray florets, its odour suggestive of carrots, and its fluffy appearance when mature.

A. Base of plant B. Top of flowering stem 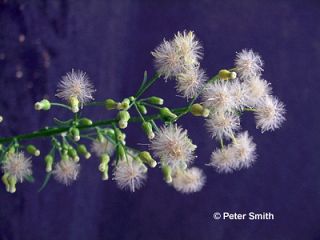 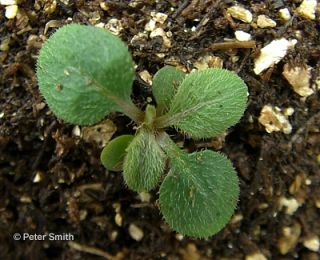 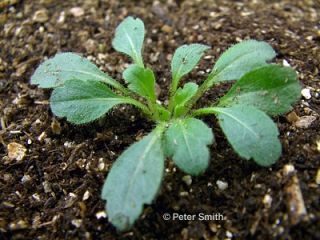 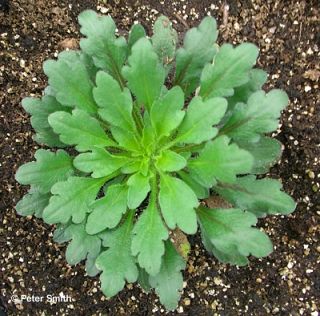 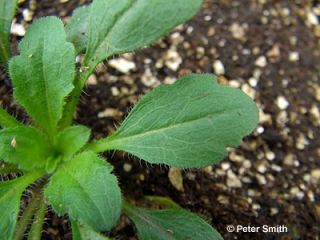 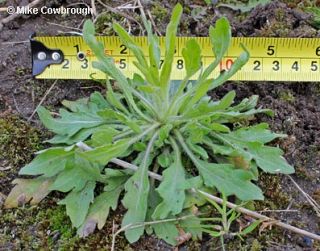 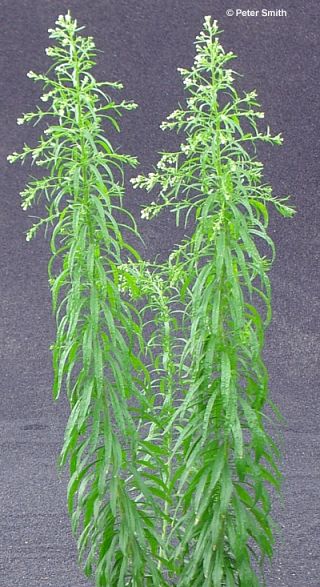 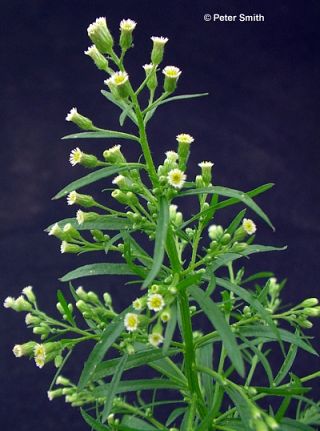