Flowering only once in its lifetime and reproducing only by seed.

Flowering stems up to 5m high and up to 10cm in diameter, hollow except at the nodes; both stems and petioles having conspicuous reddish-purple flecks throughout and sometimes nearly solid purple near the base; lower stem often very rough with sharp-pointed, irregularly-spaced bumps.

Leaf blades of rosette leaves very large, up to 1m across, compound with 3 large deeply cut leaflets, each leaflet with deep irregular lobes and coarse, sharp teeth on all margins; their petioles often with sharp-pointed bumps similar to those on the flowering stems; leaves on the flowering stem of similar shape but smaller, the upper ones often not divided but just deeply 3-lobed.

Inflorescence a compound umbel up to 120cm across, consisting of many (approximately 30 to 50) branches, each branch ending in a simple umbel with approximately 30 to 40 flowers; the whole compound umbel with a flat bottom and gently rounded top; petals white or rarely pinkish and up to 12mm long; fruit oval in outline, 7- 3mm long, 6-10mm wide and 1-3mm thick, smooth to softly hairy, with usually 4 prominent dark-coloured oil tubes. Flowers from June to August.

Giant hogweed was introduced from Europe, presumably as an ornamental, and has escaped along roadsides, streambanks and waste areas in scattered localities in southern Ontario.

It has been implicated as a cause of severe dermatitis in susceptible individuals (see human health issues). If you have been exposed to this plant, if is often suggested that you wash affected area immediately, avoid direct exposure to sunlight and seek medical advice.

Giant hogweed can be a serious health hazard for humans. Its watery, clear sap contains photosensitizing compounds (furanocoumarins), which, when in contact with human skin and in combination with UV radiation, can cause burning http://imgur.com/a/JglRD. Content varies depending on plant part, but contact should be avoided at all times. The reaction of the skin depends on individual sensitivity. After 24hrs, reddening and swelling of the skin can be noticed, which is followed by an inflammatory reaction after 3 days. Depending on individual sensitivity, effects can last for months and skin can remain sensitive to UV light for years. Research has also shown that furanocoumarins in general may be carcinogenic and teratogenic. Nielsen, C., Ravn, HP, Nentwig, W., Wade, M. (2005) The Giant hogweed best practice manual: guidelines for the management and control of an invasive weed in Europe. Forest & Landscape Denmark, Forest & Landscape Denmark, Hoersholm.

Giant hogweed has been mistaken for other species, especially other members of the carrot family. These species include; Angelica, Wild carrot (daucus carota), Goutweed (aegopodium podagraria), poison hemlock (conium maculatum), water-parsnip (sium suave), spotted water-hemlock (cicuta maculata) and angelica (angelica atropurpurea). Once again, its \"giant\" size is the easiest distinguishing feature, as it towers above these other species.

Plants forming rosettes to 1m high the first year; in the second year, either sending up a flowering stem, or remaining vegetative and producing a very large rosette of huge leaves, these including their petioles, up to 2m high, and flowering in the third year.

A song was written about Giant Hogweed appropriately called \"The Return of The Giant Hogweed\" it was performed by Genesis http://www.youtube.com/watch?v=SDwyBWjfFaM to see a live version of the song.

If you know of a sighting and wish to report it, the Ontario Ministry of Natural Resources is maping Giant Hogweed populations. Go to: http://www.comap.ca/its 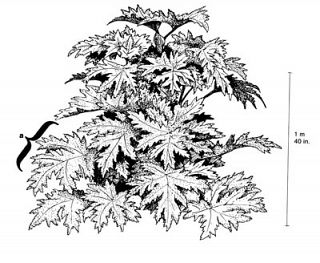 Second year giant hogweed plant with rosette leaves up to 125 cm high plus central stem with 2 leaves emerging through the top of the rosette. Central stem produces large umbel of flowers. 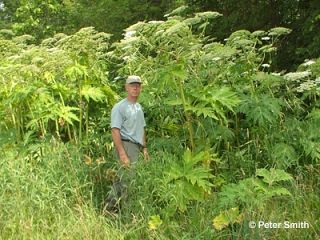 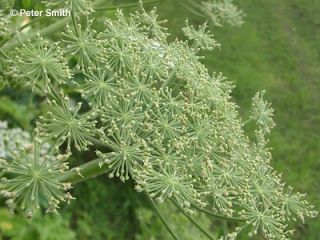 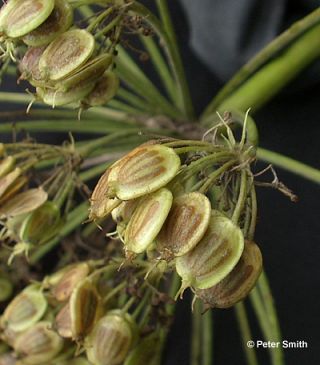 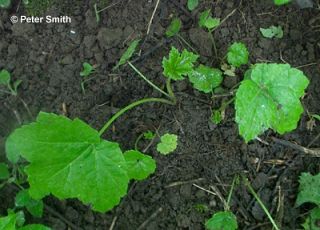 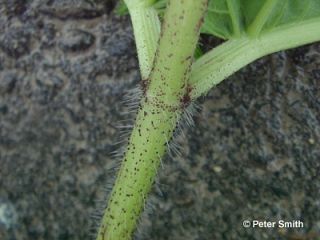 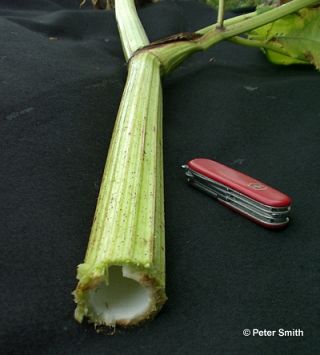 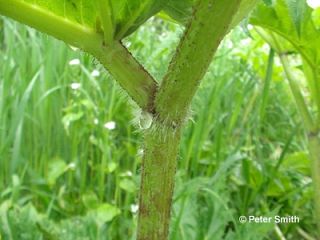 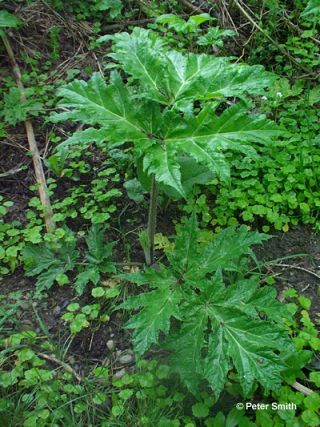 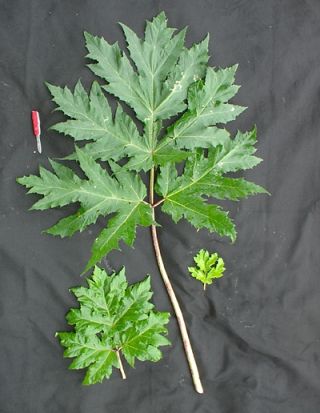 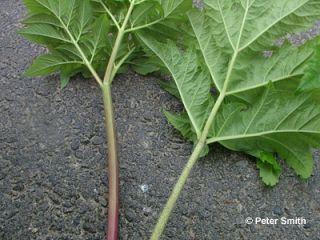 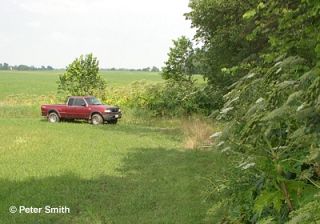 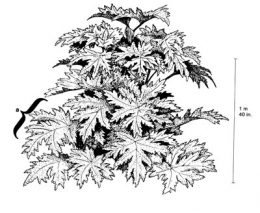