Reproducing by seed and by extensively creeping roots.

Leaves alternate (1 per node) but often so numerous and crowded they appear opposite (2 per node), or whorled (3 or more per node), very narrow.

Flowers in racemes at ends of stems and branches, each flower short-stalked; sepals 5, narrow; corolla 2-3cm long, of 5 united petals, yellow with an orange spot on the lower lip, very irregular with a long spur at the lower end and 2-lipped at the top, the upper lip with 2 small lobes, the lower lip with 3 larger lobes, the flower resembling the cultivated snapdragon in shape; seedpods egg-shaped, containing many dark brown or black, flat, winged seeds. Flowers from June to autumn.

Toadflax is widely distributed throughout Ontario, occurring in many habitats including roadsides, fence lines, waste places, pastures, edges of woods, and cultivated fields.

It is distinguished by its perennial spreading root system; its short, smooth stems with numerous, alternate, smooth, very narrow leaves with watery juice (contrasts with Leafy spurge and Cypress spurge) and its bright yellow and orange snapdragon-like flowers, the lips of which will open if the sides of the flower are gently squeezed between thumb and finger. The seedpods of Toadflax are often very warty in appearance due to an insect which lives inside eating the developing seeds. 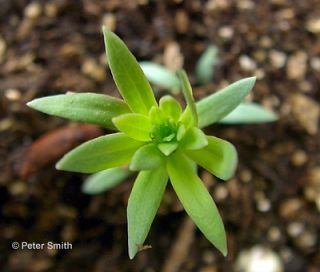 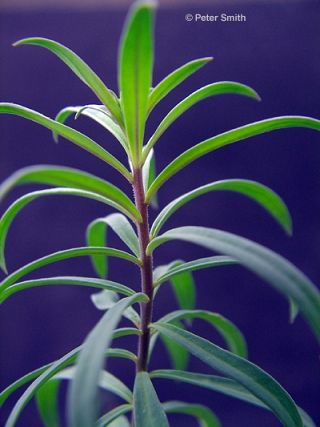 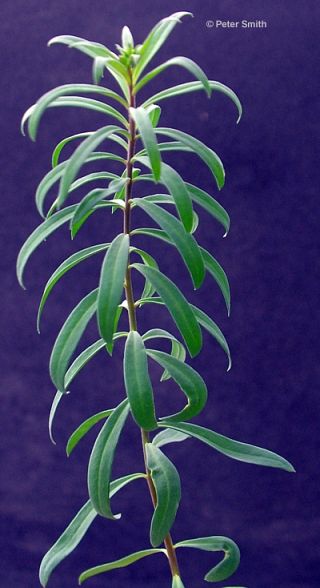 Toadflax prior to flowering. 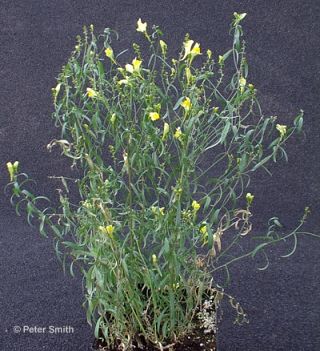 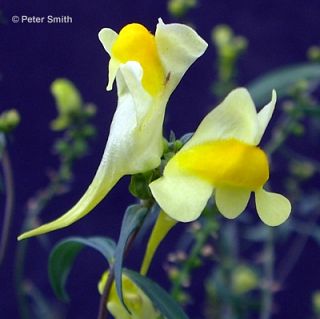