Leaves opposite (2 per node) or sometimes whorled (3 or more per node), stalkless, broad near the base and tapering towards the tip, 3-10cm long, finely hairy; upper leaves and those in the inflorescence usually alternate (1 per node) and smaller than the lower ones.

Purple loosestrife was introduced from Europe but is now widely naturalized in wet meadows, river flood-plains, and damp roadsides throughout most of Ontario.

Its opposite leaves and square stems resemble plants of the Mint Family but it is distinguished by having separate petals, a seedpod with many fine seeds, and it lacks the minty odour. 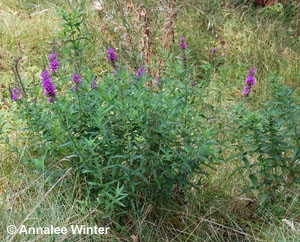 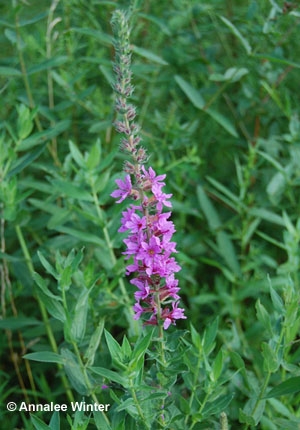 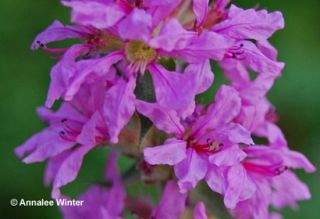 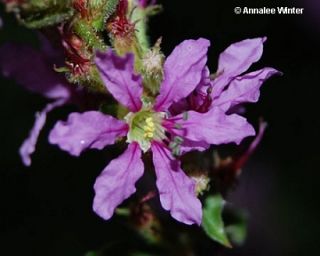 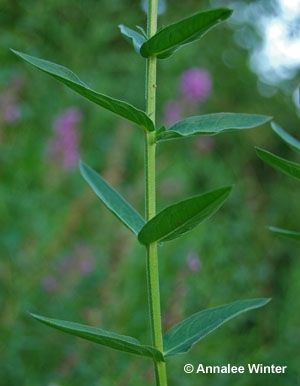 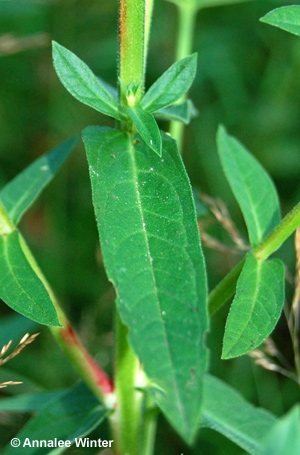 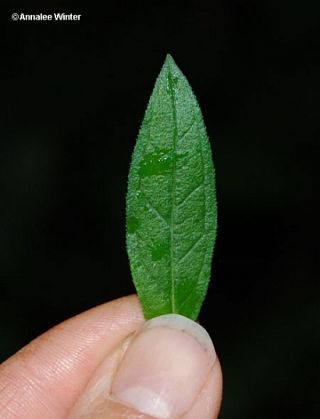 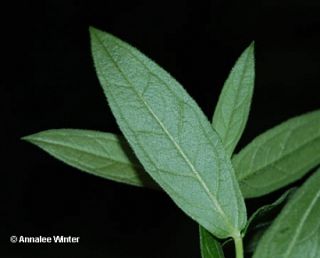