It is a short-lived perennial or sometimes annual.

Its stems below the flower heads are smooth and hairless, and the whole plant is virtually without odour.

It occurs sporadically in Ontario in waste places and roadsides, but is becoming a significant weed in pastures and some cultivated fields.

Scentless chamomile closely resembling Stinking mayweed with its large yellow-centered flower heads with white ray florets, but it is usually taller (up to 75 cm, 30 in.) and more branched. Its stems below the flower heads are smooth and hairless, and the whole plant is virtually without odour.

Very similar to both Pineappleweed and Stinking mayweed. 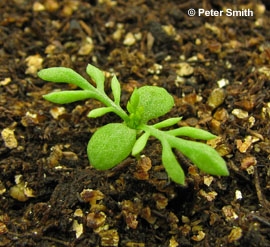 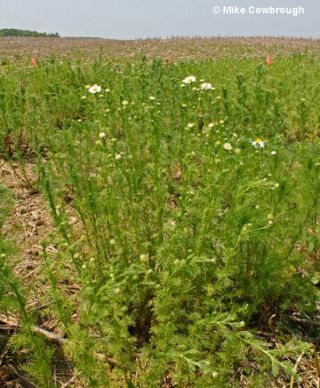 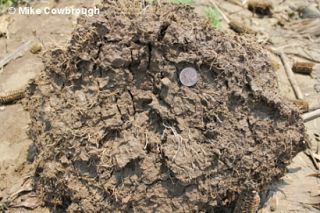 Root of chamomile. Note the large size and depth of the root clump making management with herbicides virtually impossible. Tillage with a moldboard plough is needed to manage. 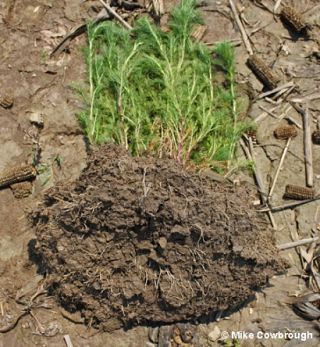 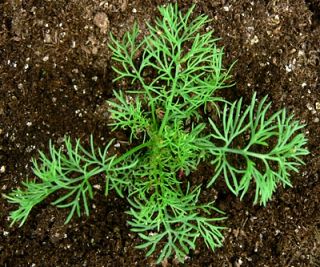 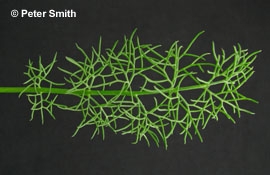 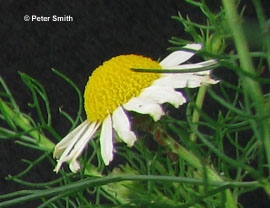 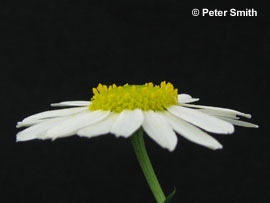 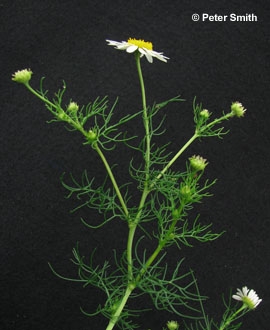 Stem below the flower head is smooth and hairless. 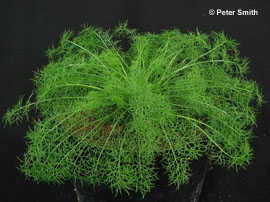 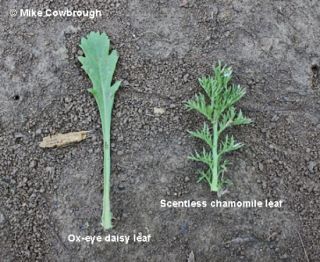 This photo compares the ox-eyed daisy leaf and the scentless chamomile leaf - two species which can appear similar from a distance. Note the smaller size and more feather-like appearance of the chamomile leaf. 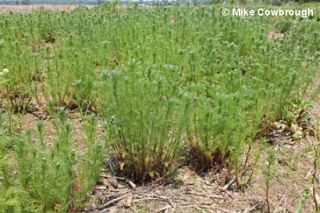 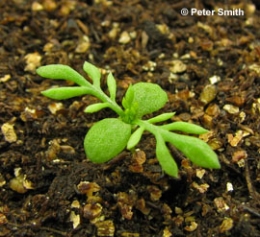