Reproducing by seed and by trailing horizontal stems which root at the nodes (Fig 1).

Leaves (Fig 6,7) alternate (1 per node), often clustered, mostly with long stalks; the blades 3-parted and the middle segment with a distinct short stalk; each segment again lobed and toothed.

Creeping buttercup occurs in scattered localities throughout Ontario in habitats similar to those of Tall buttercup, but is much less common. It grows particularly well in moist or poorly drained situations and it is often a bad weed in well-watered lawns.

It is distinguished from Tall buttercup by its prostrate stems which root at the nodes (Fig 1) and by the 3-parted leaf blade in which the central or terminal lobe has a distinct stalk (Fig 6 and 7).

Like Tall buttercup this species also has a bitter, acrid juice and may be poisonous to livestock. 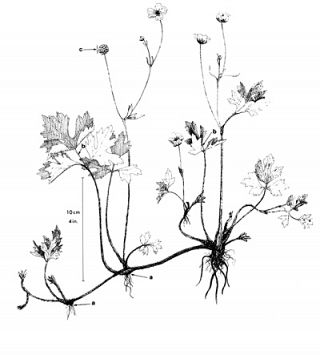 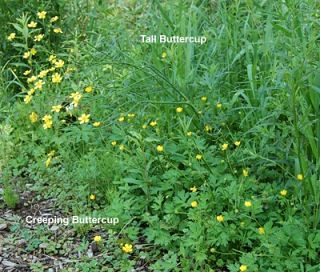 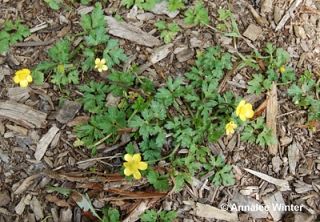 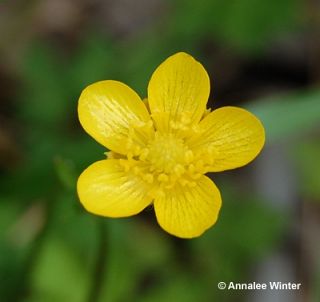 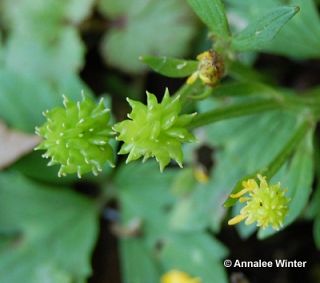 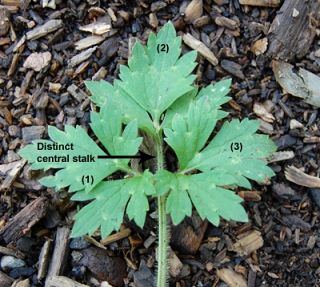 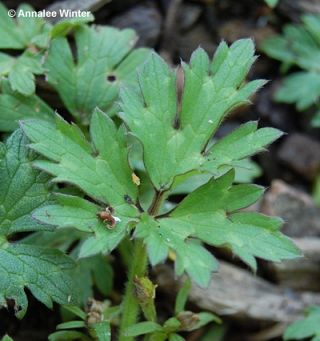 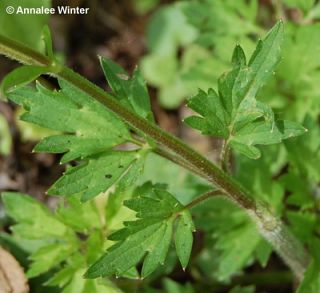 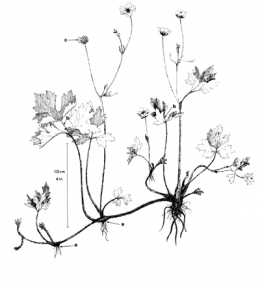