Spreading only by seed.

Leaf shape variable. The cotyledons are very narrow, dull green and mealy-surfaced. The first true leaves roundish in outline; rosette leaves long, 10-30cm or longer, narrow, with rounded or tapered bases, very wavy-margined, curled or "crisped," and sour-tasting. The stem leaves are alternate (1 per node), the base of each leaf-stalk flattened, expanded and somewhat encircling the stem at the node, and with a prominent ocrea (membranous sheath) up to 5 cm (2in.) long which becomes brown and papery with age. The lower stem leaves die as the plant matures.

The flowers are small, greenish clustered in whorls around the branches of the terminal inflorescence, becoming at maturity a thick branched mass of light brown to dark brown "fruits". Each fruit with 3 tiny sepals and 3 large, wing-like, smooth-margined, papery sepals or "valves", with 1 prominent, egg-shaped, corky bump (tubercle or "grain") on the back of each of the 3 large sepals, and enclosing a small, shiny, reddish-brown fruit ("seed") which is triangular in cross-section, pointed at both ends and about 2mm long. Flowers from June to July.

Curled dock is a common weed of moist situations such as meadows, low pastures, riversides, roadsides, depressions in cultivated fields, and occasionally on sandy uplands throughout Ontario.

It is distinguished from similar plants by its long, narrow leaves with curled and wavy margins, the base of the leaf blades being rounded or narrowed towards the leafstalks, and the 3 wing-like sepals (valves) of the fruit with relatively smooth margins (no teeth) and each one bearing an enlarged corky tubercle. 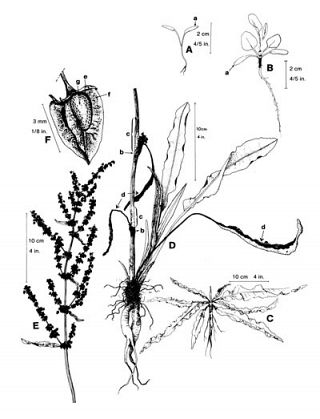 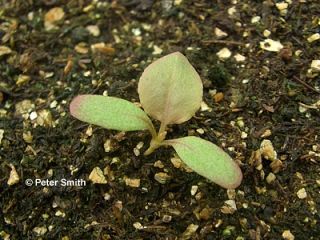 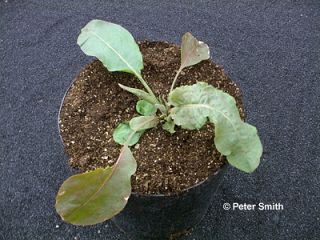 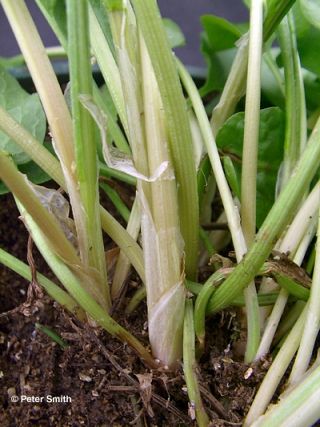 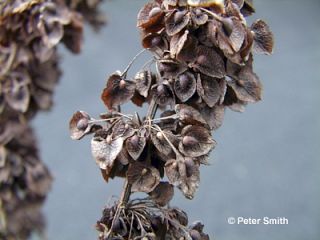 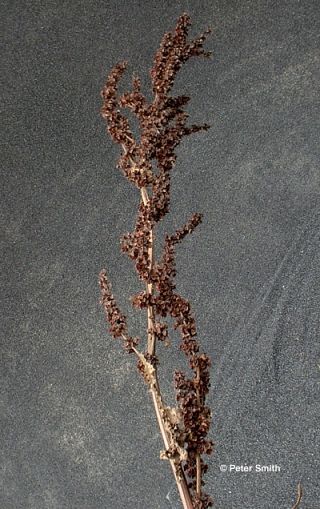 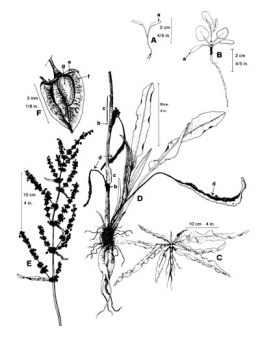