Stems erect or spreading, 10 - 100 cm tall or occasionally taller, usually round in cross-section but occasionally much flattened.

Inflorescence a very dense spike 1 - 15 cm long and 0.6 - 2.0 cm wide, usually straight and erect or rarely somewhat curved, the larger ones sometimes with short branches up to 1 cm long, and covered with short green to slightly purplish bristles which give the inflorescence a bottle-brush appearance; the bristles have microscopic forward-pointing barbs that allow the seed head to be dragged downwards but not pushed upwards over the skin or a rough surface. Spikelets about 2 mm long by 1 mm wide; each contains a single fertile floret (â€œseedâ€ or â€œgrainâ€), that is rounded on one surface but flattened on the other, finely cross-ridged (seen only with magnification), and dull yellowish-green with brownish spots. Flowers from July to August.

Green foxtail is very common and widespread throughout all agricultural regions of Ontario. It grows well in all soil textures and occurs in cultivated lands, waste places, roadsides, gardens and occasionally lawns.

Green foxtail is not known to be toxic.

Green foxtail is not a known allergen.

No information available at this time. 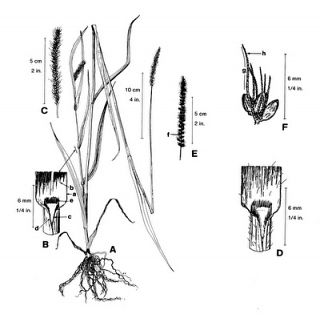 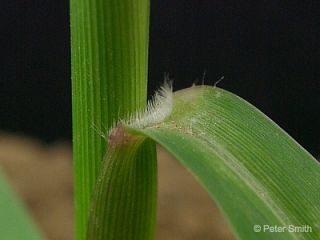 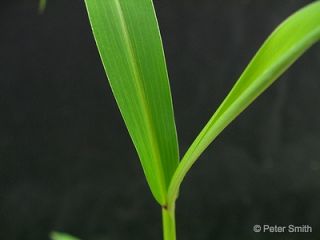 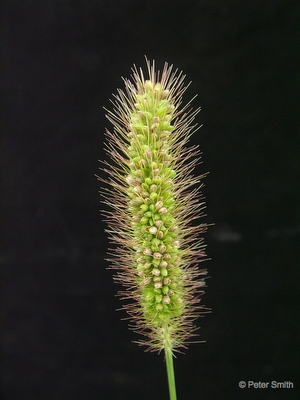 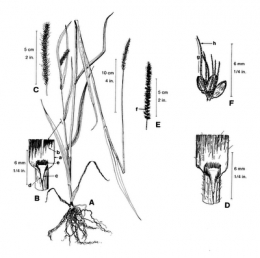