Can be several metres long. Hairy, with branched tendrils.

Tendrils are opposite each leaf; leaves broad with 3 to 5 pointed angles or shallow lobes and deeply heartshaped at the petiole end; margins with widely spaced, very shallow teeth; petioles attached in the narrow space between the lobes of the heart-shaped leaf base.

Two kinds of flowers: Male; pollen-producing flowers in open-branched clusters on long stalks, their corolla white or greenish and 5-lobed. Female; seed-producing flowers in small, head-like clusters on shorter stalks; individual fruits ovoid, up to 23 mm long and 10 mm wide, not inflated and not succulent, covered with fine cobwebby hair and several to many long, slender, yellow, hard, sharp, barbed spines; 3-10 fruits usually clustered together in a spiny bur. Flowers from July to September.

Typically this has been a weed that grows in fencelines, along creeks and in waste areas. However, more recently it has been creeping into agricultural fields, particularly where no-till production systems are in place. It is often found in damp soil along river banks and in yards and fields in Southern Ontario, sometimes covering the plants with which it is growing.

Distinguished by its vine habit with branched tendrils opposite each leaf, the narrow space between the lobes of the heart-shaped leaf base, and its non-inflated, sharply spiny fruits borne in clusters of 3 to 10 together. 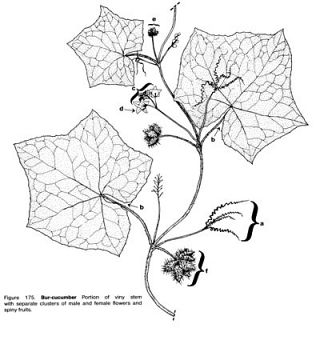 Bur-cucumber. Portion of viny stem with separate clusters of male and female flowers and spiny fruits. 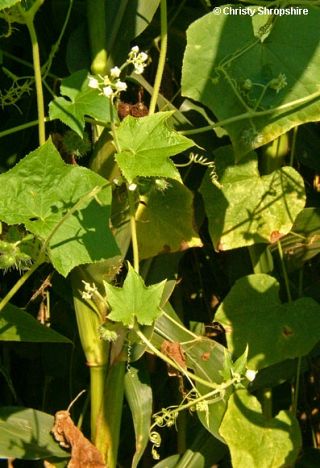 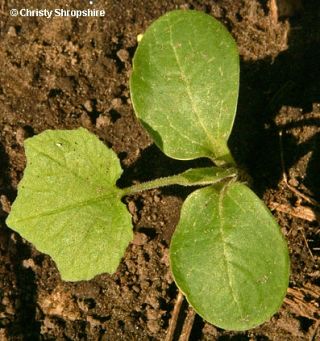 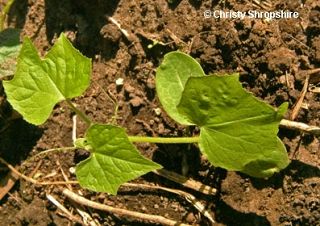 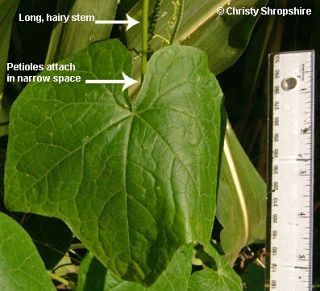 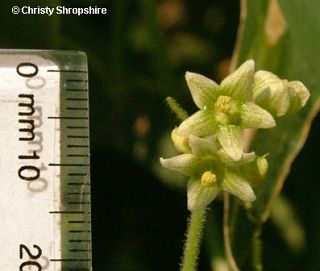 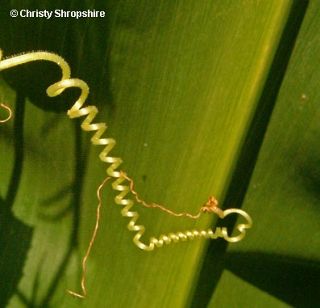 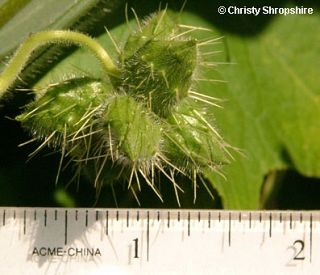 Seed cluster on plant in field. 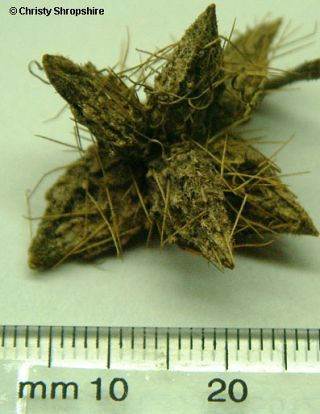 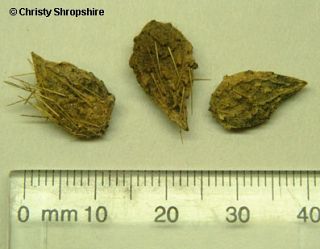 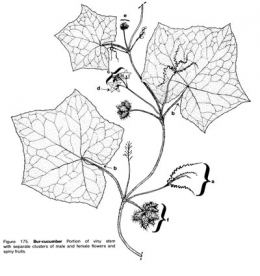