The stalk (d) immediately below the flower head is abruptly narrowed to normal stem thickness, and is not hollow.

Brighter yellow (canary yellow) florets (b) surrounded by usually only 8 green involucral bracts (c) which are about as long as or shorter than the florets (Fig 3,4).

It occurs throughout Ontario in the same habitats as Goat's-beard (pastures, meadows, roadsides and occasionally continues until September).

Very similar to Goat's-beard in appearance and growth habit but differing from it by having stem leaves which taper more quickly into long, slender, curled tips (a), and often have crisped or wrinkled margins. And the stalk immediately below the flower head is abruptly narrowed to normal stem thickness, and is not hollow. They have a milky sap.

Plants tend to be bitter, fibrous and strong. Purple salsify (Tragopogon porrifolius), which is in the same genus as goat's-beard, has been used as a vegetable with a root that is described as having the taste of oysters. Tilford, G. (199) Edible and Medicinal plants of the West. Mountain Press Publishing Company. Montana, USA. Zidorn, C., Lohwassen, U., Pschorr, S., Salvenmoser, D., Ongania, K-H., Ellmerer, E., Borner, A., Stuppner, H. (2005). Bibenzyls and dihydroisocoumarins from white salsify (Tragopogon porrifolius subsp. porrifolius). Phytochemistry, 66(14):1691-1697.

Meadow goat's-beard. (A and D) Top of flowering stem. 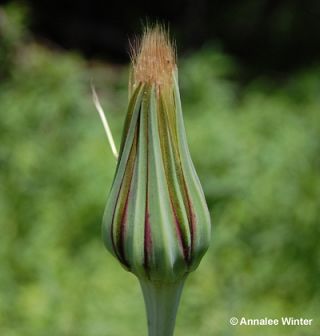 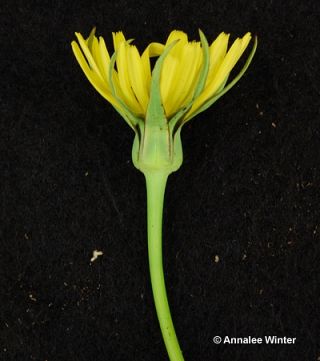 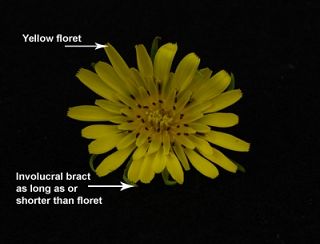 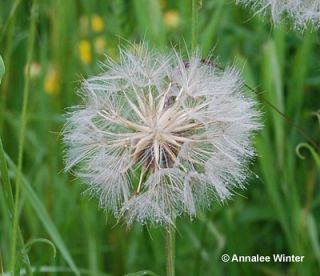 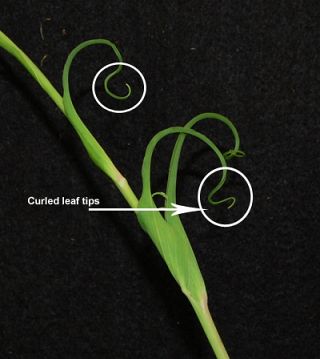 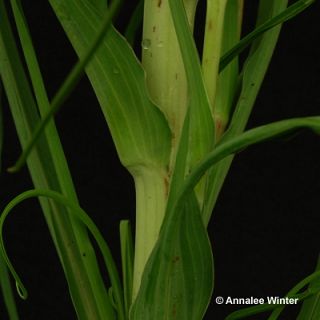 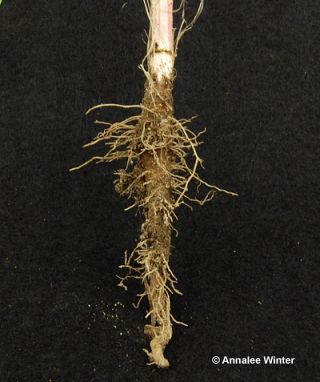